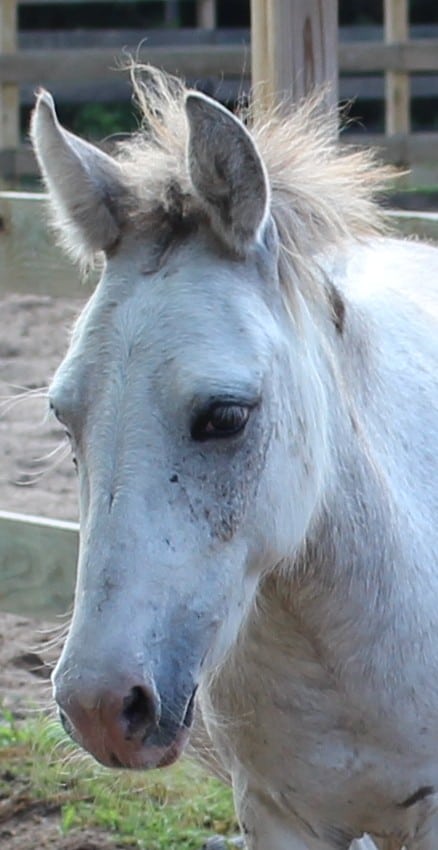 We received a call from the Montgomery County Constables Office in January, 2017.  They had chased a mini mule for three hours found running along 105 in Conroe, and finally pinned it and sent it to horsey jail.  It was there for six weeks and finally had its court date.  The judge ruled that it could be donated to a nonprofit rescue or sanctuary or would be sent to Needham auction, which would most likely mean she would be bought for shipment to Mexico for slaughter.  They called us asking if we would take it and we said yes.  They thought he was a boy and so we thought he would be a playmate for Willie Nelson.  Surprise!  When they dropped her off to us they told us that she had had a roommate the whole time she was in jail and that if we did not take her roommate she would be very unhappy, so we agreed to take him.  That is how we acquired Agustus McRae, our meet and greet pig.  After spending one day together in a pen we figured out that they did not like each other very much, and we figured out that the Constables had seen us coming a mile away.

She spent months getting used to being around people at all, cowering as far from us as possible.  But with a great deal of patience and love, she finally got to the point of letting just one person touch her if she was in a stall.  Now a year and a half later she is still wary and very very very watchful of everything we do.  But she is allowing us to approach her if we are quiet and calm.  She remains alert at all times.  She has the sweetest nature and loves being part of the herd.  She is so very happy to have a home with us.  And our herd is happy to have her as she is a great alarm system if there is every any danger.  She will snort through her nose at danger and approach it while the horses run for the hills until she tells them that it has passed.  We should have called her Miss Annie Alarm System. 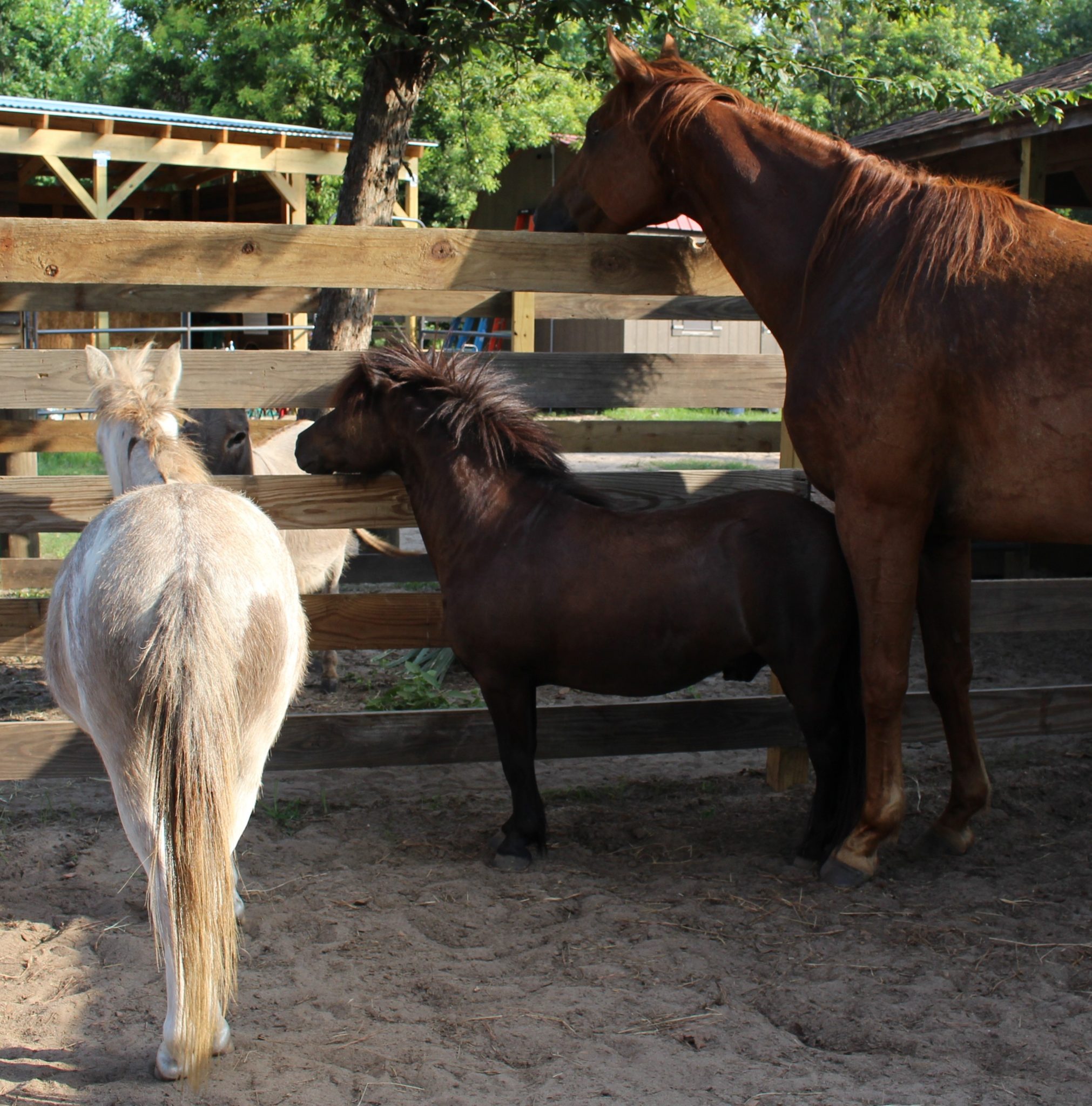 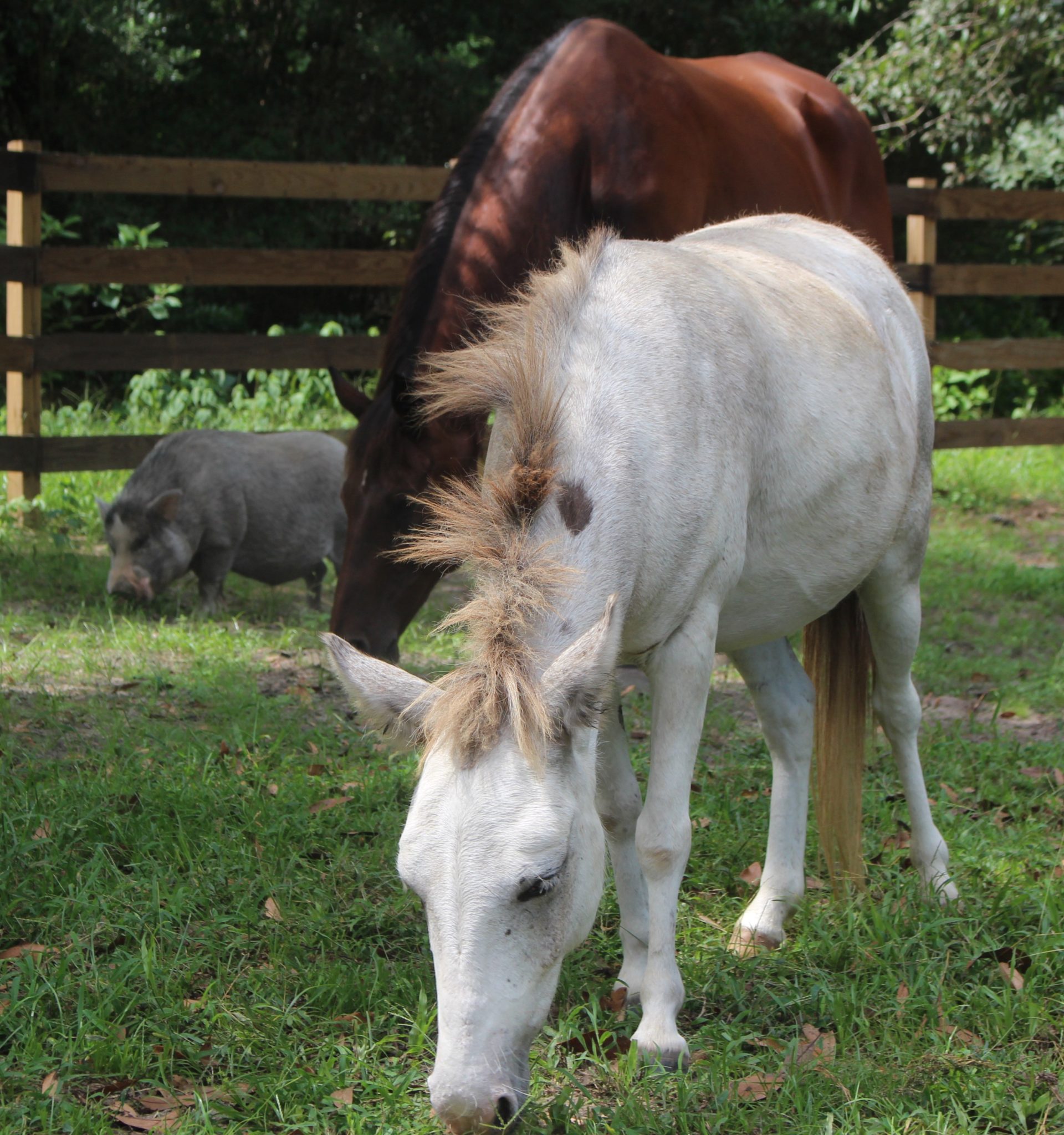 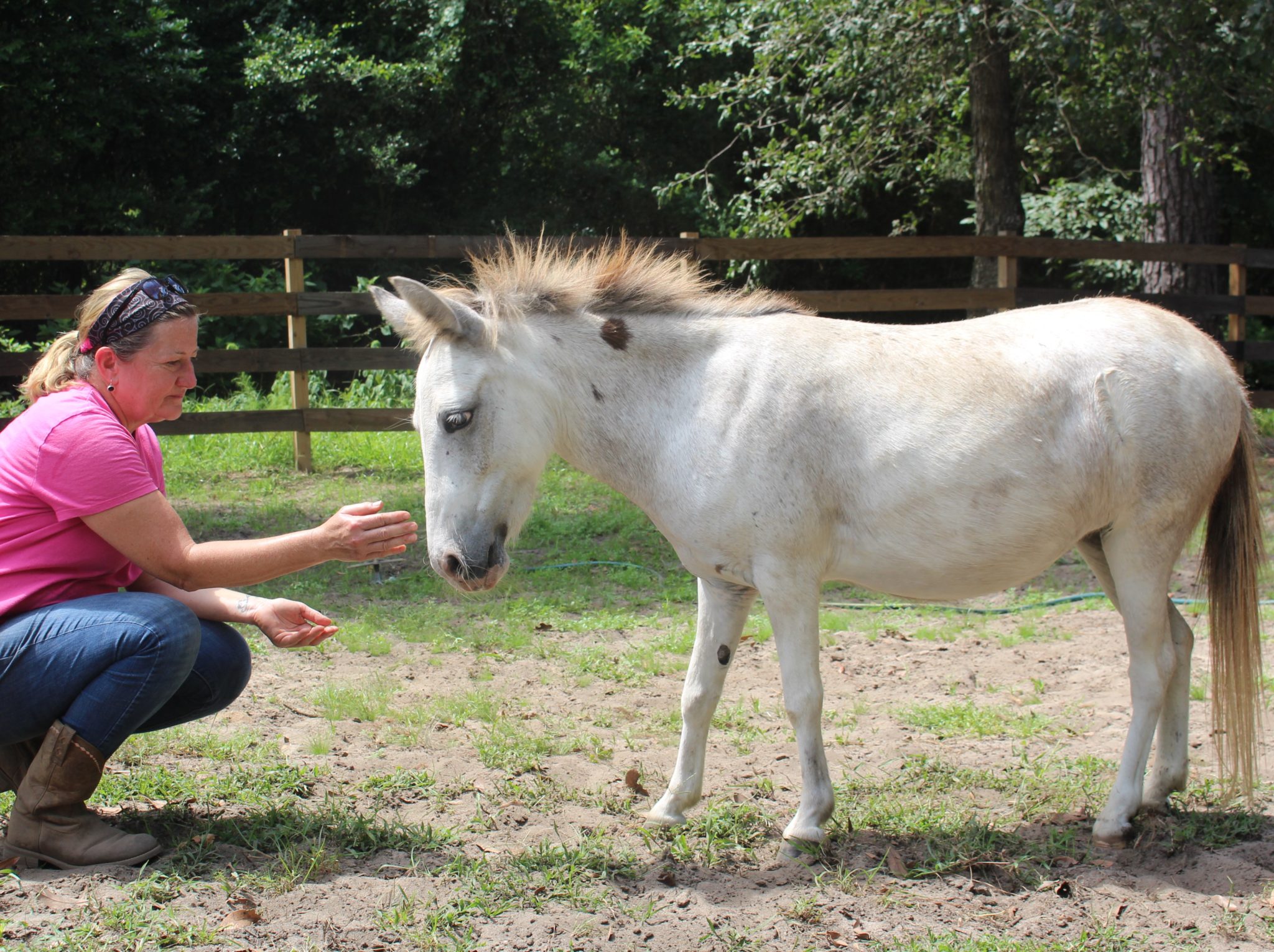 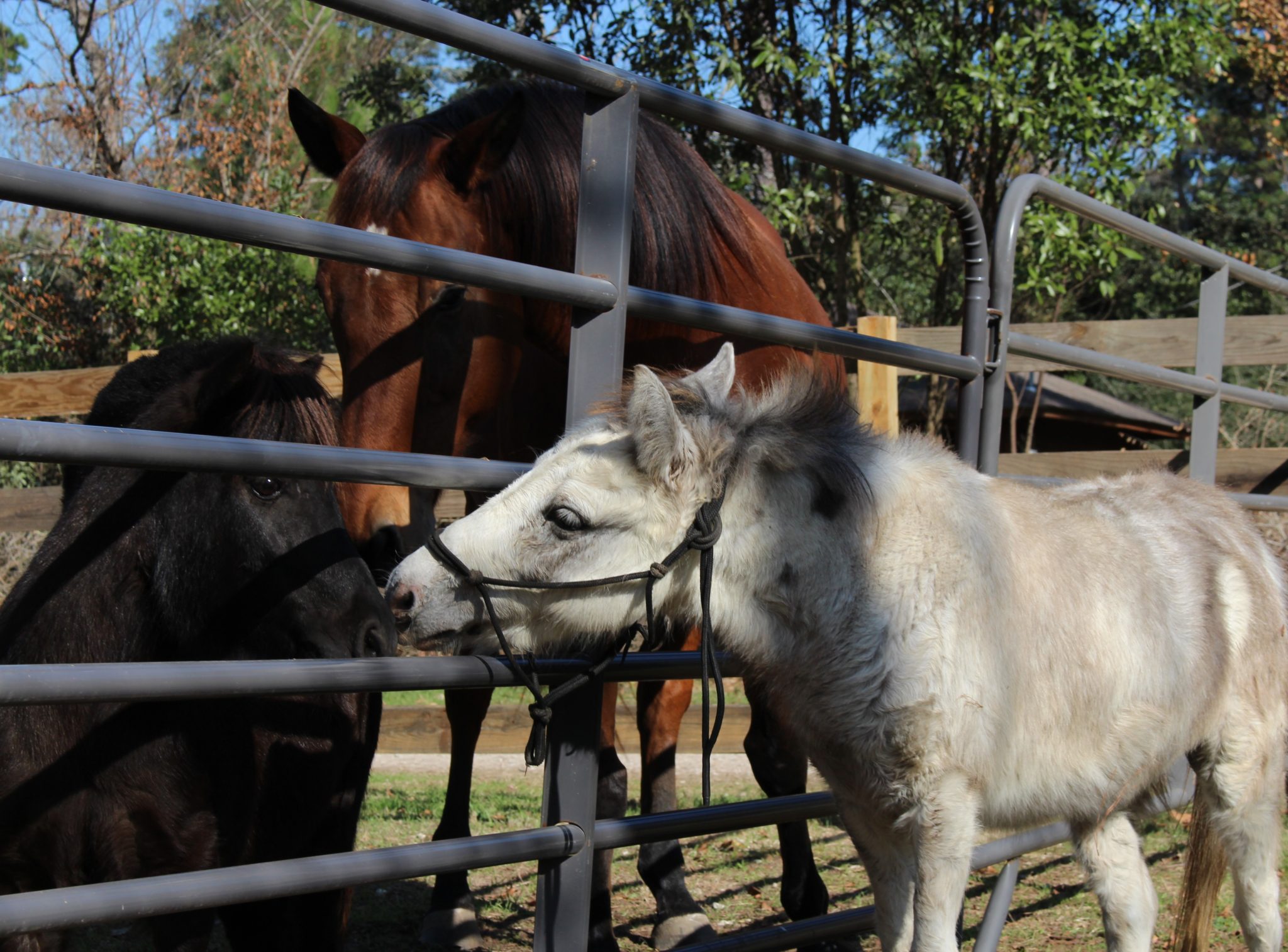