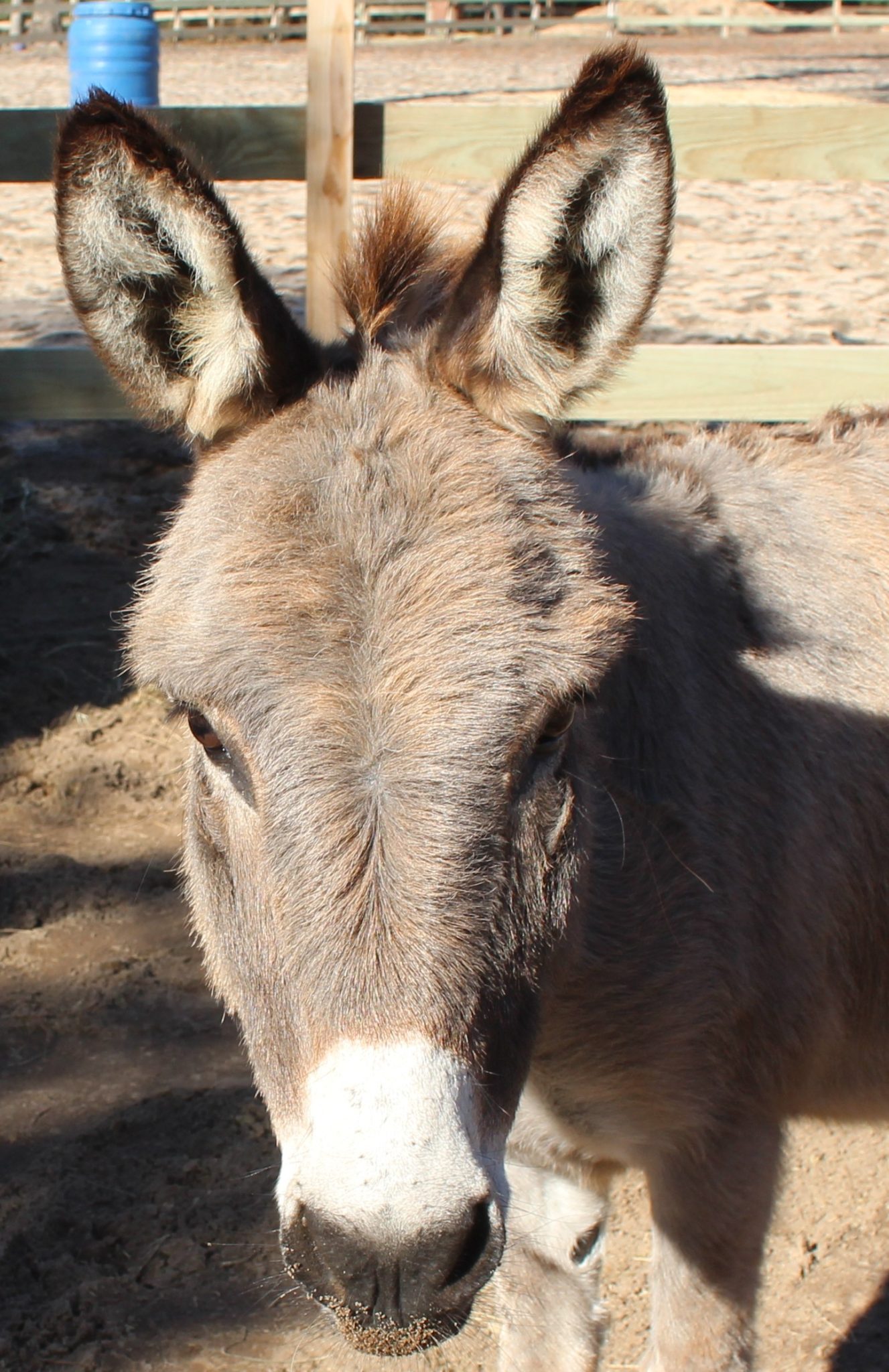 This tiny donkey was rescued by Texas Miracle Ranch [TMR] Donkey Rescue in Plantersville a few years ago.  She was in a pasture with a small herd of mini jenny’s [female donkeys]  at TMR but was always a bit of a loner.  She was the first one who walked up to meet and greet us when we visited the ranch with Marjorie Farabee, their Equine Manager and mama to all, late in 2017.  She won our hearts immediately and we decided to bring her to our herd as a mate to Willie Nelson and Mini Pearl when we went to pick up Big John. Her name was Nell, but of course joining our herd she needed a new name, so we named her Patsy Nell Cline.

She remained a bit of a loner, hanging out mainly with Willie Nelson and Mini Pearl, until we adopted Mama Jojo and Miss Precious, who became her family.  She was halter broken, but as is typical with a donkey she only came with us on a lead rope if she could see the purpose of it.  She was much smarter than the horses and was an excellent alarm system for anything that seems dangerous or new to the horses.  She was harder to get exercised in the round pen because she couldn’t see the value in running around and around. She was every bit as sweet as she appears.  If you really wanted to make her happy, just gently scratch the inside of her ears.  She would purr and follow you around asking for more.  She had the sweetest little bray when she was asking you to hurry up and get her her food at dinner time.  She had us all wrapped around her little finger, or in this case her tiny hooves.

She was euthanized at Brazos Equine Hospital after spending a couple days there in their ICU, in August of 2020. She had stopped eating for a reason we will never know, but we did not think too much of it, as that is not unusual with a horse who has a belly ache. By the time we realized that she was not getting any better, after just another day or two, we took her to the hospital where she was diagnosed with hyperlipaemia, which she could not come back from. It took weeks before Mama Jojo started getting back into her routines as she mourned the loss of her sister, and it took a while for the rest of the herd to stop watching for her. 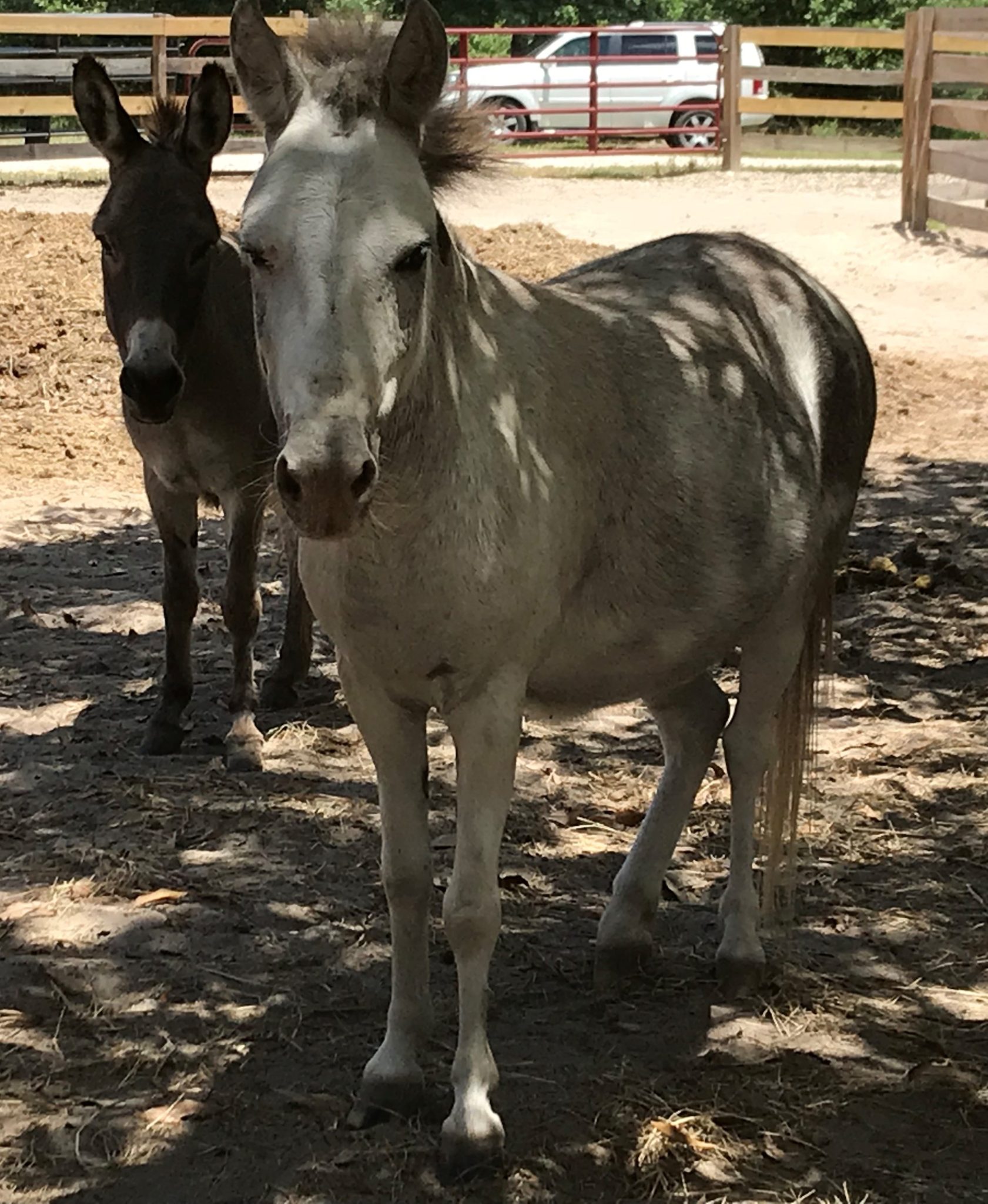 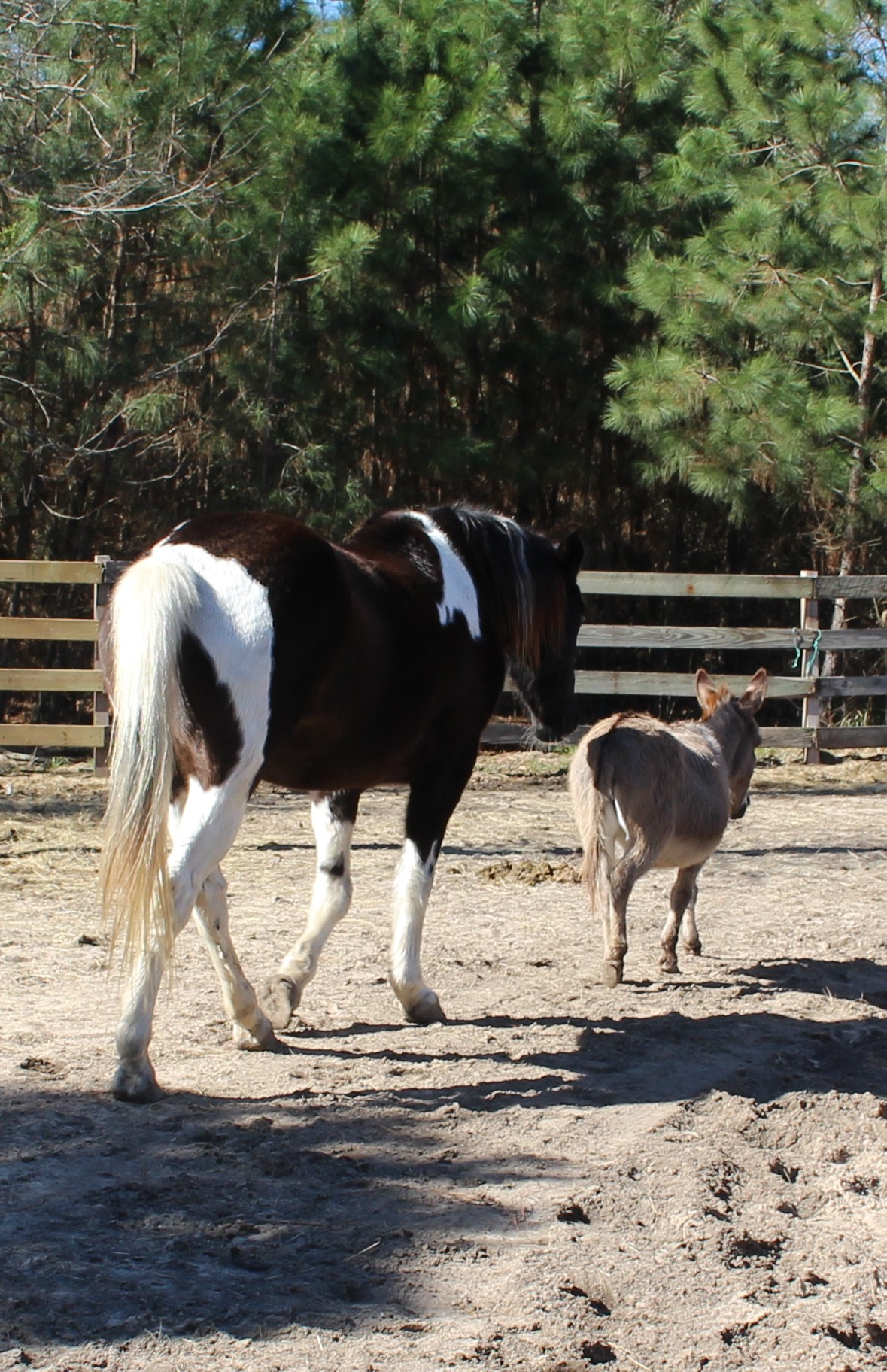 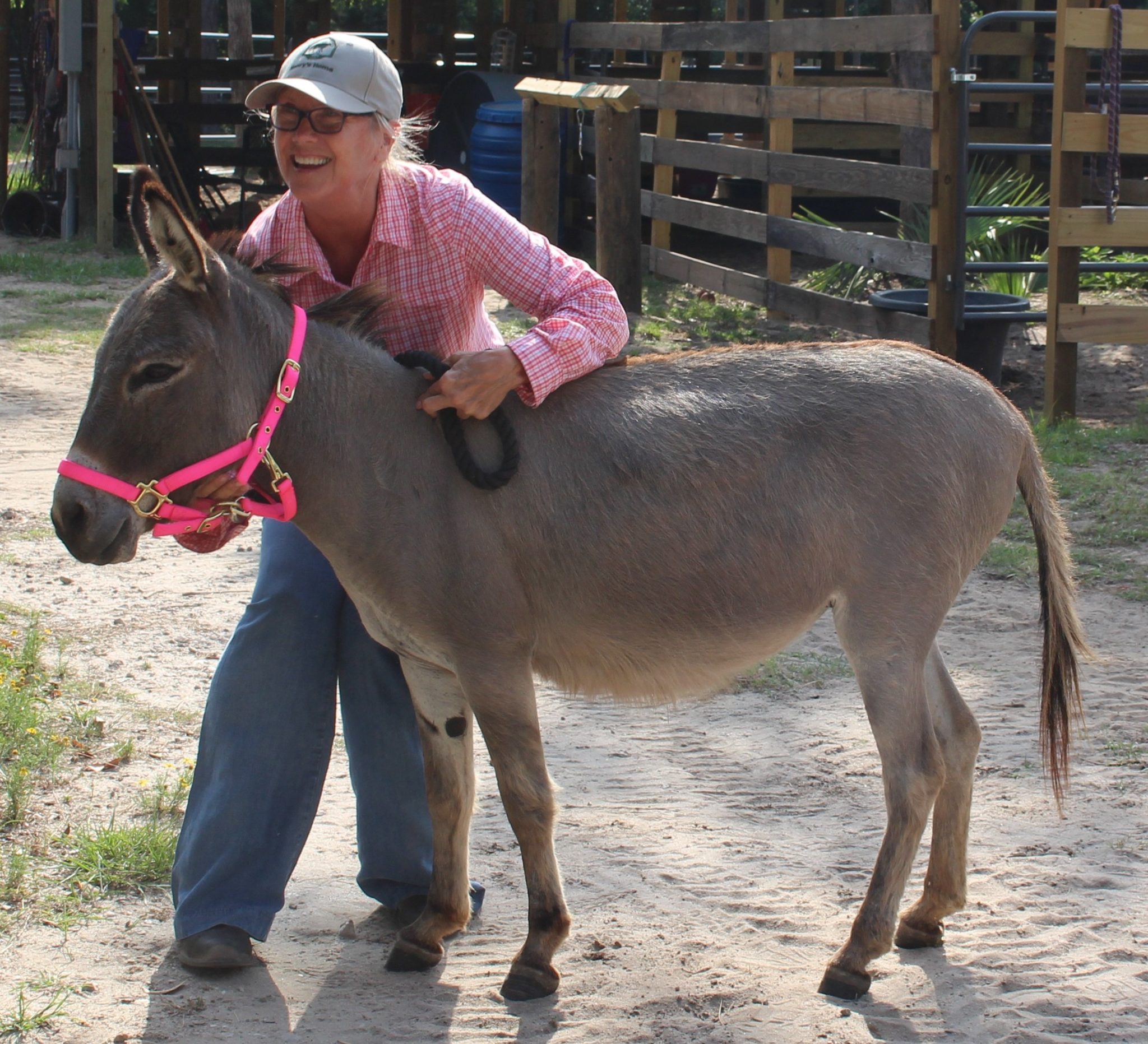 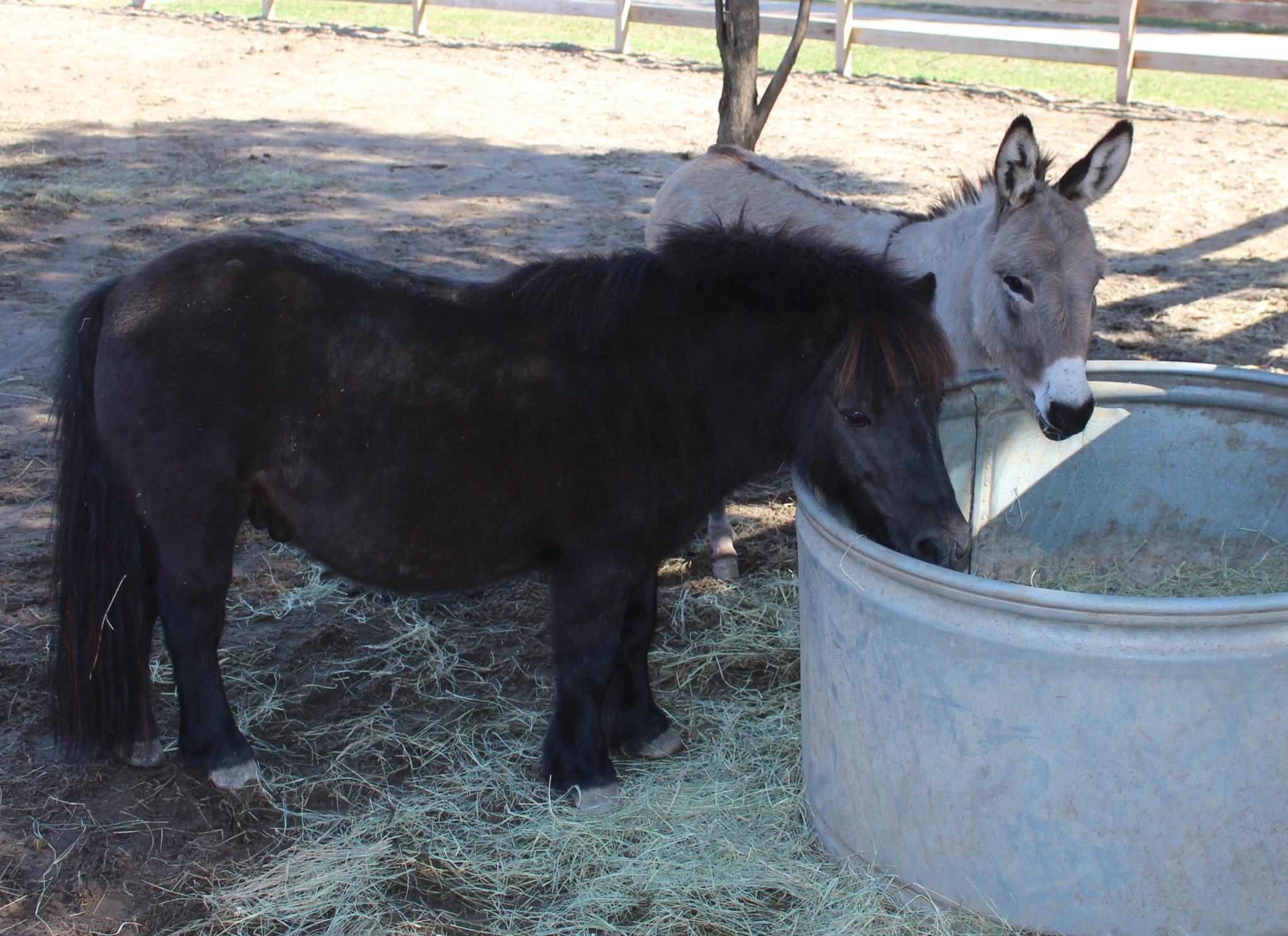