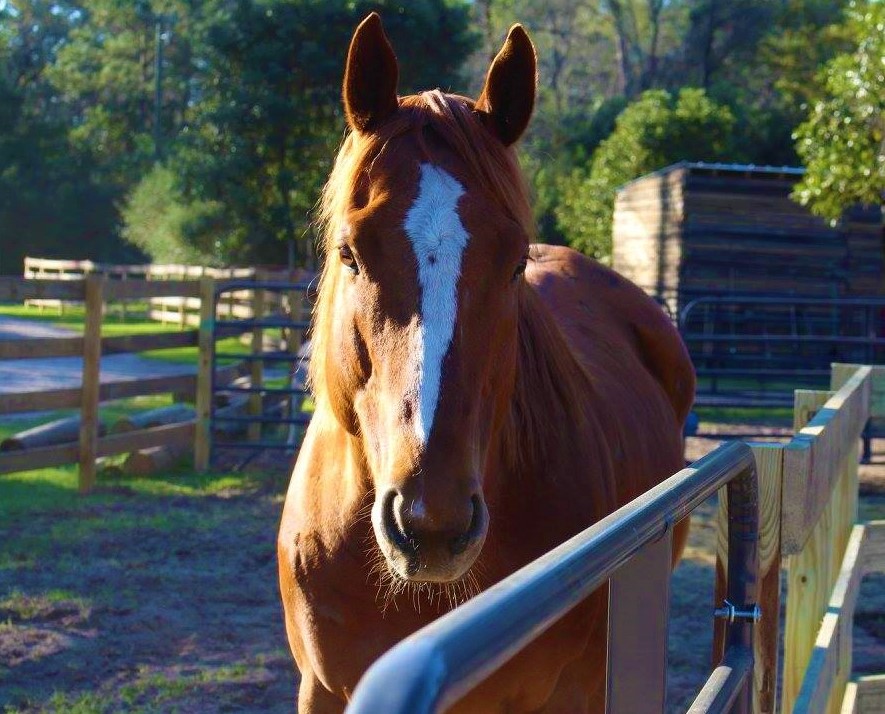 Mr. Mick was an off the track thoroughbred born in 2008 [registered name was Prince of Danger] who had a brief racing career, and was adopted by the Ft. Lauderdale Police Department as a mount for Officer Nathan Stoner. According to Officer Stoner, “He was previously physically abused and rescued from the slaughter kill pen. He is scared of the lunge whip and we assume that he was handled quiet rough in his life before us”. He served proudly there until he sustained a serious injury to his leg. The department worked for a year to help him heal as he was only eight years old and beloved. They contacted the Lone Survivor Foundation [knowing they provided equine therapy for veterans at that time] to see if they had a recommendation of what organization they could send him to for retirement. And a friend at the Lone Survivor Foundation called us and asked if we would take him . . . we agreed to accept him in January of 2017.

Probably the long transport, along with trying to keep a high energy horse from running around too much, he was still pretty sore after just the first month with us. We kept him confined in a pen with the mini’s for company, but to keep him partially confined. After about six months of soreness, x-rays that still showed significant pathology in his left pastern area [left ankle], and a miserable Mick, being kept away from the herd and in a lot of pain, even with high doses of pain meds, we finally made the decision to offer him help heading home [over the rainbow bridge] if that is what he wanted. He explained to our animal communicator that he could not understand why he was still around, having no real purpose. He expressed his desire to go, so we lovingly and sadly had our veterinary come out to euthanize him. With broken hearts, we all knew that he was much better off out of his painful body, and free as a soul to move on to his next adventure. 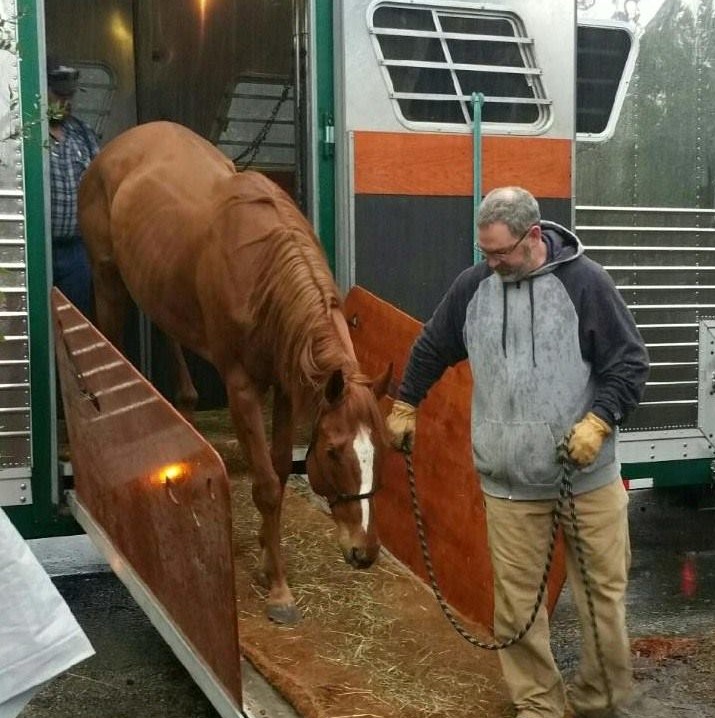 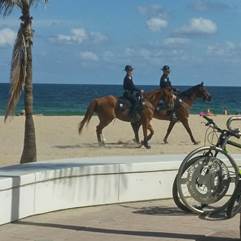 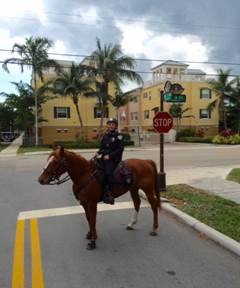 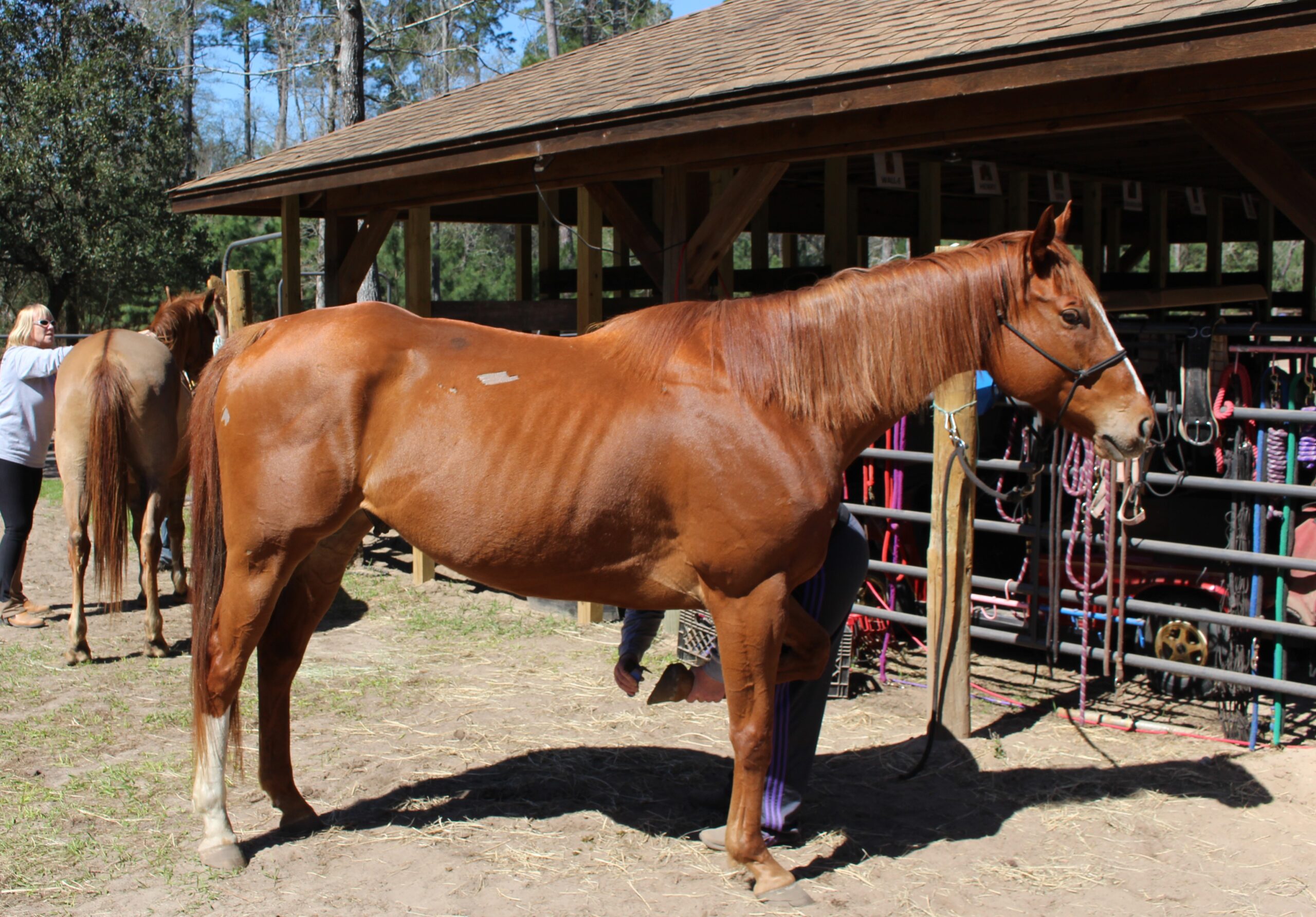 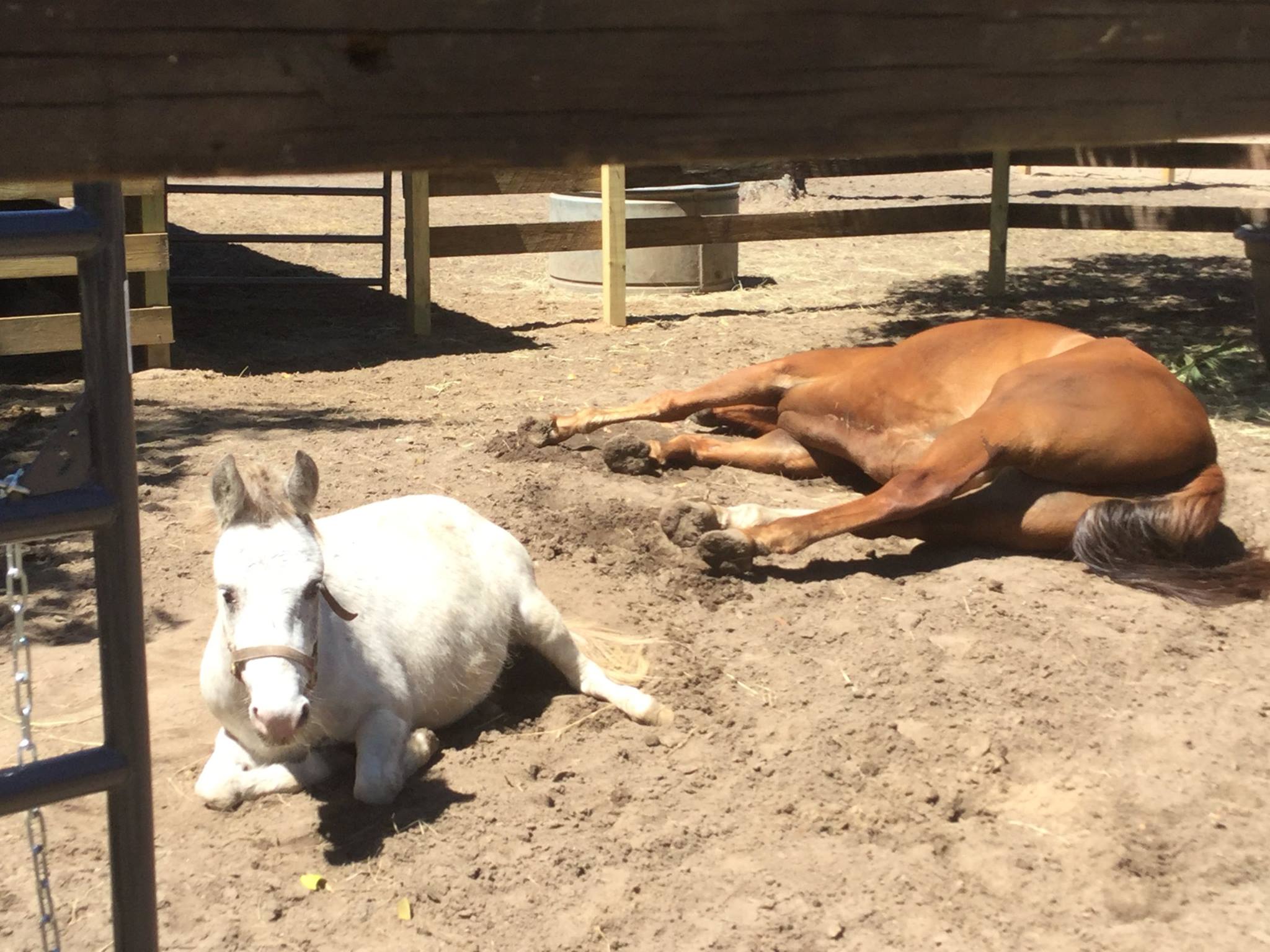 He loved to sunbath, and spent a lot of time laying down to take weight off his sore leg. 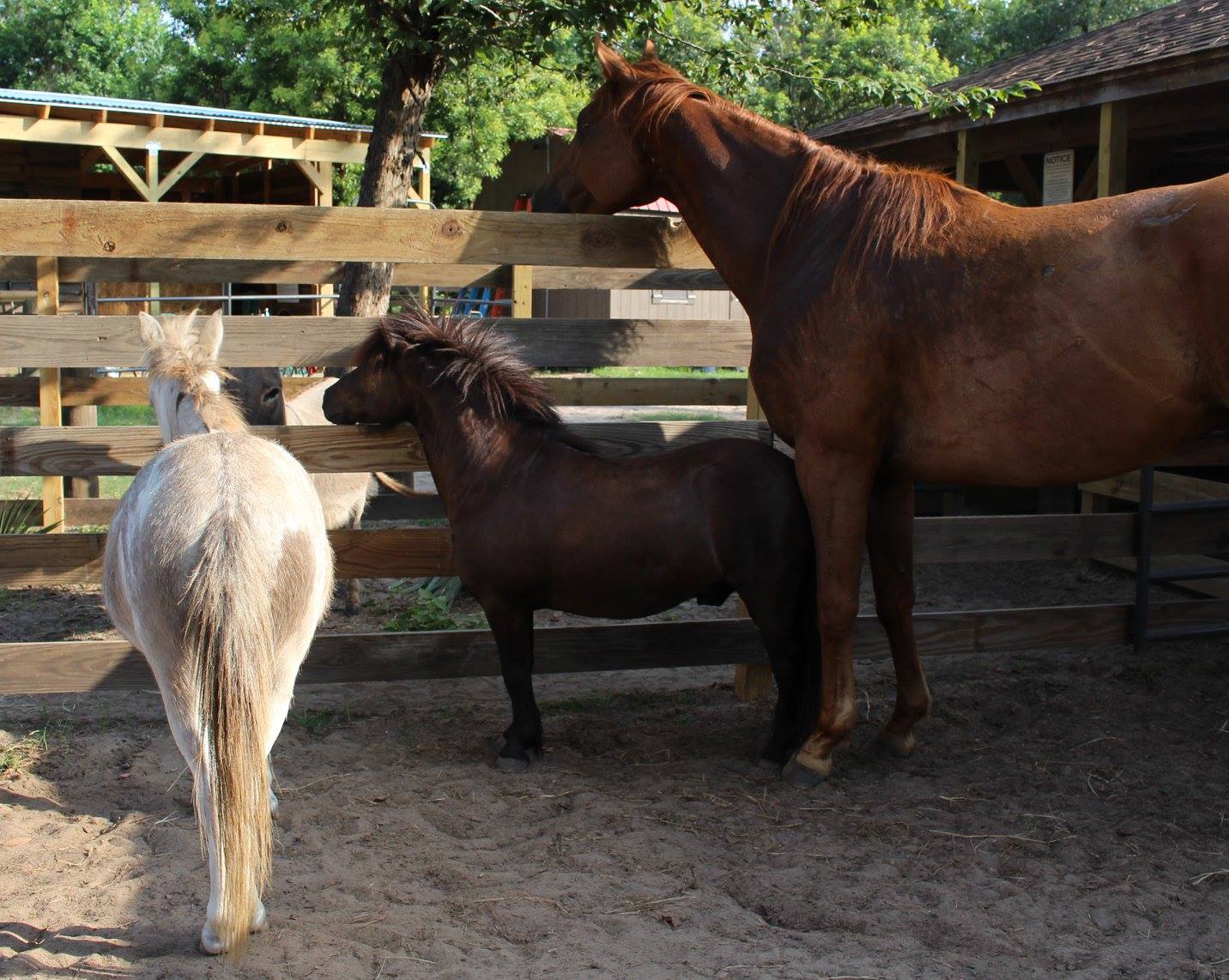 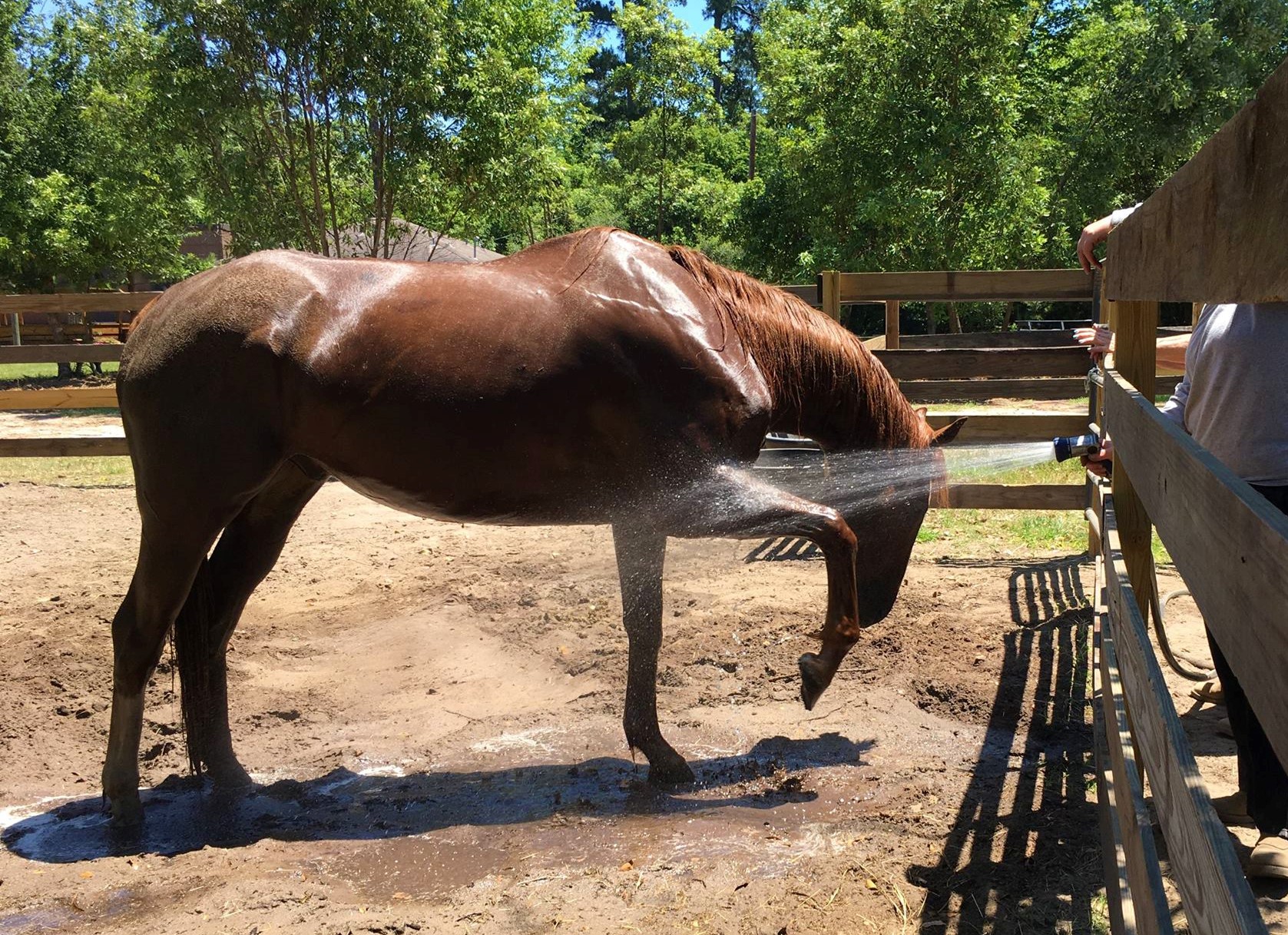 His favorite thing was to get baths. 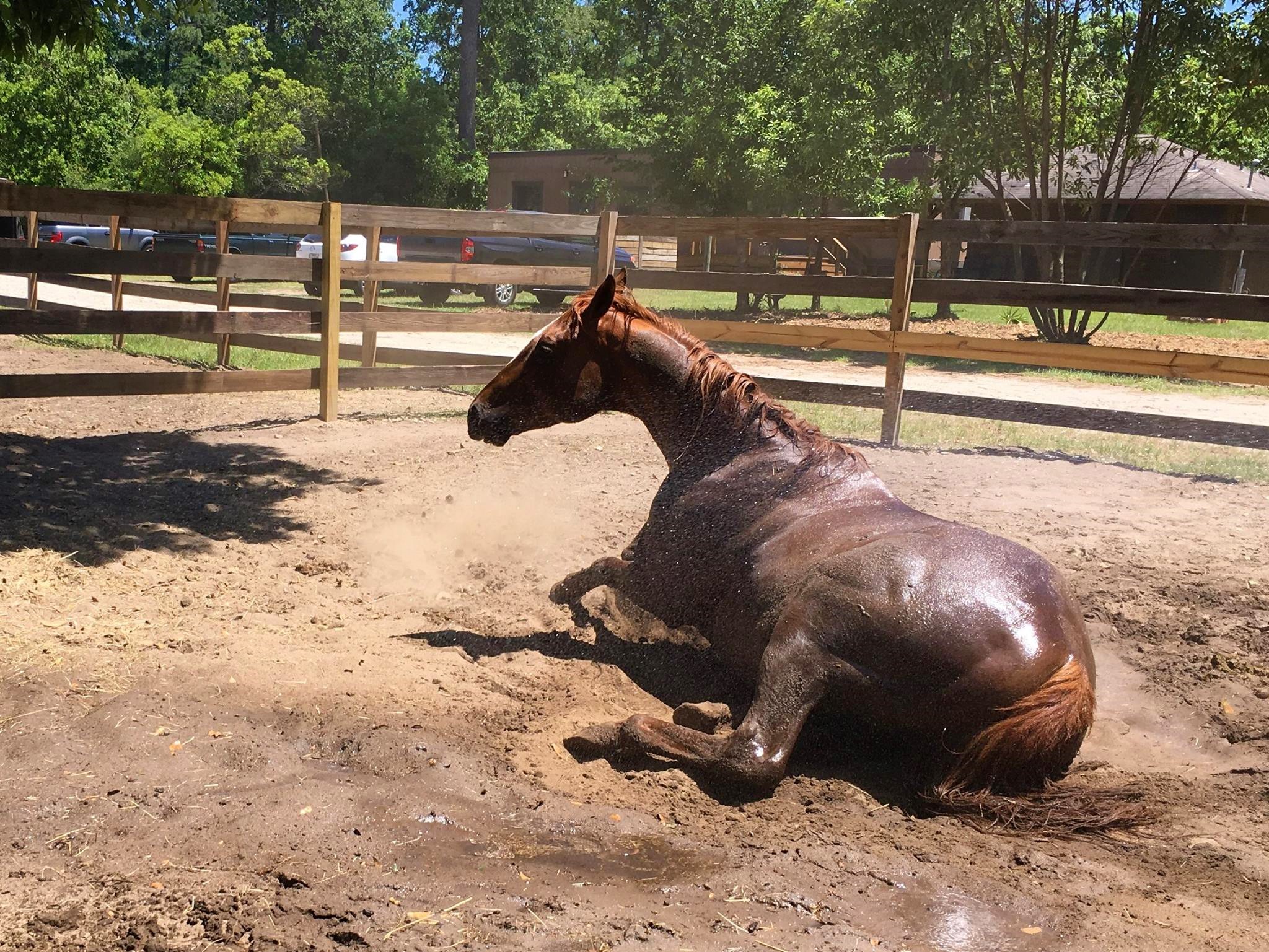 Followed by a nice long roll in the sand.

He had a short but meaningful life. We will always miss him.