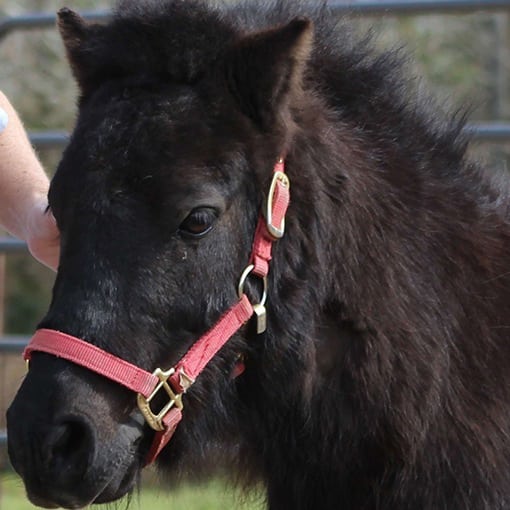 Just a couple days after moving to Conroe early in 2016, we adopted Willie Nelson.  The Ike family saw us ride by and flagged us down.  They told us they had found him on the side of the road two years before and brought him home because they couldn’t just leave him there to die.  They tied him to their fence and simply moved the rope every day so he could have enough grass, keeping him watered.  Even though they knew nothing about horses, it was because of their big hearts he is still alive.  How could we say no when they begged us to take him?

We took him to the vet and discovered he was about 8 years old and still a stallion.  Surprise!  Even though now he is a gelding, he does not know it.  In fact he also has no idea he is smaller than the rest of the herd.  He is the only horse to take on Chandler as the boss, in fact stealing one of his mares.   He is happy having a wife in Miss Jinx, and she is happy having him to look out for her.  We can’t quite catagorize his place in the pecking order because he will enthusiastically take on anyone who comes too close to his wife, yet he backs off when challenged, after a bit of a fight.  He has slowly learned to accept our handling, in fact loves to have his neck and shoulders scratched now . . . especially under his thick mane.  We are hoping his forelock grows back.  Mrs. Ike had to cut it off to remove his halter when she found him . . . it was embeded into his skin around his face.  Poor baby! 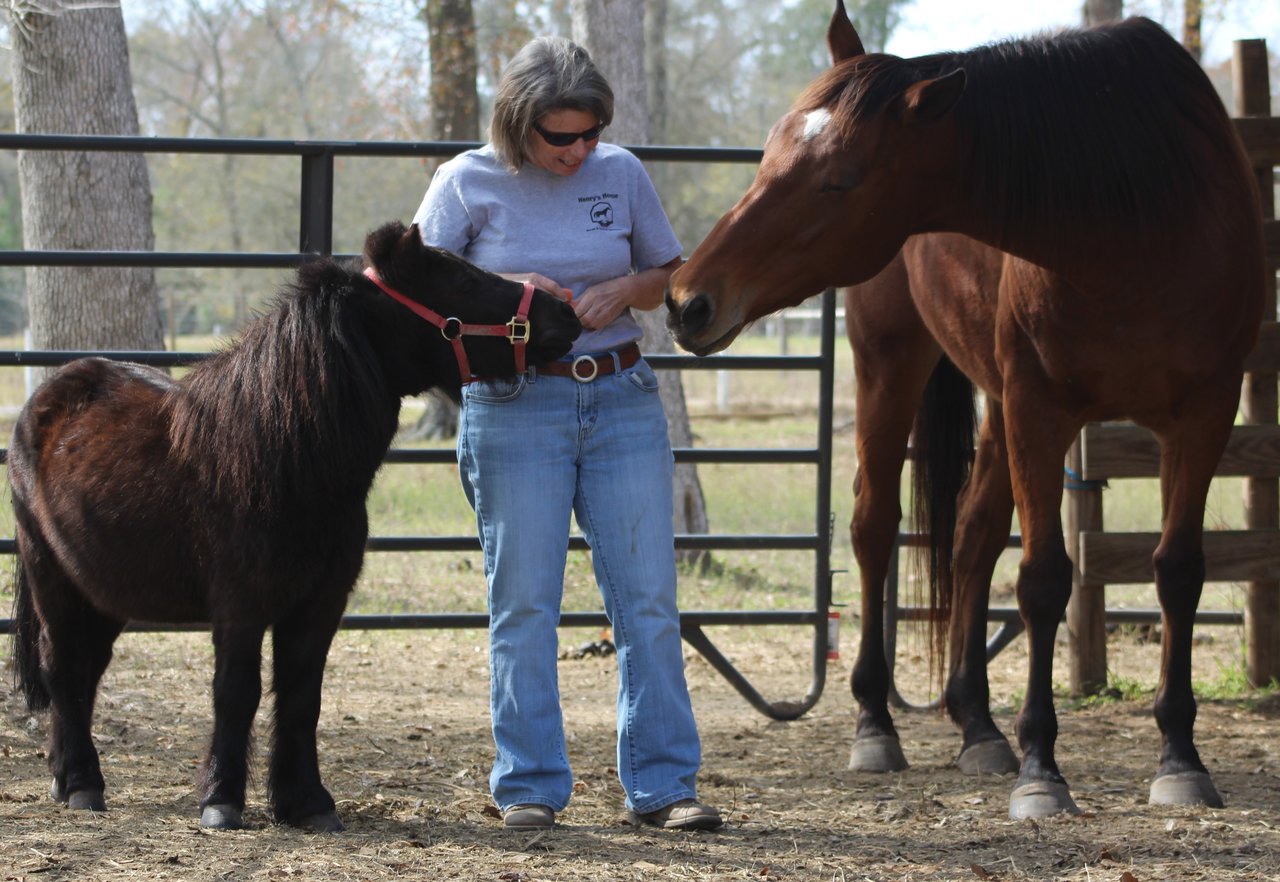 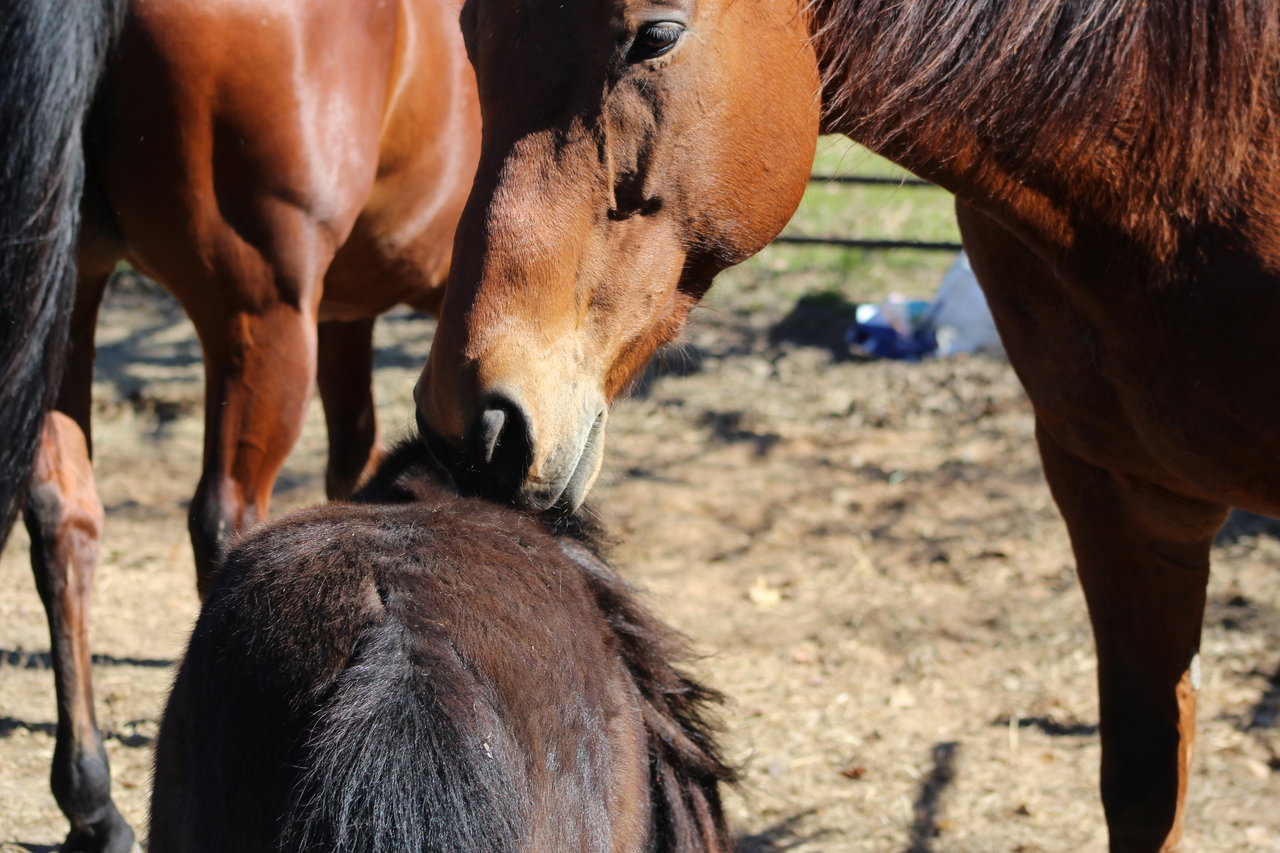 Are you letting your wife, Miss Jinx, have the first treat?  You are a wonderful protector and provider Mr. Willie Nelson.

Is she just showing her love for you, or is she still nibbling the grain off your back that she spilled on you?

You are a loving daddy to Miss Hannah and Mr. Willie, Everett.